New technology makes it easier to petition your elected officials

Some great apps in the mobile space makes petitioning Congress something that can be done easily and quickly. 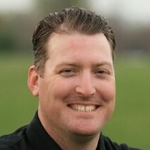 New technology makes it easier to petition your elected officials

Congress shall make no law respecting an establishment of religion, or prohibiting the free exercise thereof; or abridging the freedom of speech, or of the press; or the right of the people peaceably to assemble, and to petition the Government for a redress of grievances.

I think that we all know we have this right to speak with our elected officials, but I do not think people really know how to do it. Or maybe it is just that people fear the process.  I can say from personal experience that it is quite daunting to go down to Capitol Hill and speak directly with our lawmakers.

But after a few trips to Washington DC, there are some things I am learning.  The first is that our elected officials are generally good people and want to do good work.  Another is that they really do want to hear from people within their districts.  Elected officials hear from large corporations and lobbyists all the time, but rarely do they hear from smaller businesses or the actual people that they represent.  Most every elected official I have met has expressed that they wish this was not the case.

To that end, there are two great services  I would like everyone to get to know.   The first is an app called Contact Congress. This mobile app simply lets you know who your elected officials are based on your geographic locale. Contact Congress while basic, gets you started on the path of contacting the right people.

Another great service that has been developed is not as much an app as it is a service that is closely tied to mobile devices. This service allows organizations to have messages sent to their elected officials through phone or text messaging, instantly. The service is called Phone2Action and I believe it is the future of using social media to contact elected officials easily and with great speed.

As we learn to work with our elected officials in this fast-paced and very mobile way, apps and services like these may just be the key to getting us more comfortable with standing up for our First Amendment Rights.